Harness The Moon’s Power In Your Self-Healing 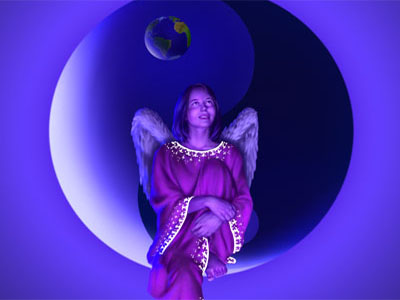 We’ll be experiencing a second ‘super-moon’ this month, frequently referred to as a ‘blue moon’, (when our nearest celestial neighbour is as close as possible in its orbit  to the Earth) and this time it is a super-blue-blood-moon because it is extremely rare and coincides with an eclipse of the sun.. It’s not often that you get to say a “super blue blood moon” is coming. But that’s exactly what we’ll get on January 31 2018, for the first time in more than 150 years. For the first time since March 31, 1866, we’ll have a total lunar eclipse that happens during the second full moon of a calendar month. As well being a magnificent sight in clear skies, this phenomenon reminds us of its mystical place in the history of human culture. The moon has always held a certain mystery and awe in the hearts of humankind and it’s no wonder that many myths – from werewolves to spontaneous lunacy to improvements in surgery – have grown around its believed effects on us. In the realm of astrology, solar and lunar eclipses are times of change. Prepare for a shift. You may wish to avoid major decisions and instead permit your intuition to expand and  have room to flow and grow by working with the angels and using some of the techniques I describe below.

As anyone who follows the patterns and workings of the moon knows, it contains very powerful celestial energy that greatly influences our human emotions. The moon’s gravity influences the water of our planet, creating the tidal rises and falls of the oceans, as well having a significant impact on weather patterns. Within the human body we hold over 70% water in our cells, over 90% in our blood. Every organ, including the brain, relies totally on water as well as oxygen to sustain life and normal bodily functions. It is an amazing thought that all our joints, muscles, skin, eyes, and all our senses rely on having adequate water to function effectively. The influence of the cycles of the moon affects us greatly and creates a definite gravitational flow of high and low emotions as moods. Some believe it affects the menstrual cycle too.

Thanks to the hard work and photographic evidence of the research done over decades by the late Japanese scientist, Dr Masui Emoto, we now have a greater understanding of how our cells store memory and hold onto all our emotions, fears and energy blockages. Emoto believed that water was a ‘blueprint for our reality.’ He demonstrated that water changes its crystalline structure when subjected to sounds, music and positive words. His book, The Hidden Messages of Water, became a New York Times best seller.

Once we begin to understand how this all works harmoniously in nature, we can consciously work to tune in with this physical and emotional harmony in our own bodies. The connection between Archangel Gabriel, the moon and our soul purpose creates an empowering method of self-healing. We can work with Gabriel and the cyclical aspects of the moon to illuminate our inner demons, or shadows, if we wish. This is, however, very powerful work, and if you feel you would like to engage deeply with it, my advice would be to do some research from a reliable source, work with an experienced and well trained facilitator.

The moon’s waxing and waning is a regular, natural reminder of the need for letting go and starting again. Gabriel is the wonderful bringer of hope and new beginnings. So with every full moon we have the opportunity to illuminate, focus on, and choose what we would like to release and dispose of, as it wanes. And with every new moon we have the opportunity of starting again and re-building our energy as it waxes. The appearance of a super-moon gives even greater power to this exercise.

I do this by lighting a white candle, placing a crystal or two on my altar and calling in Gabriel by name. Suitable crystals are Danburite, Celestite, Sellenite or clear Quartz. These are all specifically for connecting to the higher self, and angelic beings. I would then take some deep breaths and go into a calm meditative space. Calling on Archangel Gabriel three times (three is a powerful mystical number) I would ask for this higher, crystal white energy to help me. She will help with the every-day need to turn over a new leaf, perhaps if I’ve accepted my part of the blame following a domestic or family problem at home. Or she will help to revitalize my enthusiasm and passion for a new project or spiritual practice. A short request and reflection like this can work wonders at the end of day, to bring calm before sleep, or at the start of a new day, especially if you’ve had a restless night of worries and woes!

We are invited to call upon the great angelic beings for help with all aspects of life – it doesn’t always have to be about deeply profound spiritual issues. Some of the things we need to let go of include thoughts that torment us, situations that feel unhealthy, or aspects of daily life which are creating a sense of low energy. It is vitally important for us to learn to deal with these as soon as they arise, and before they create an imbalance that makes us ill. These are the feelings of limitation, such as ‘I’m not good enough’ or ‘I can’t do that because…’ Perhaps we have unnecessary fears of loneliness or poverty, battles with work colleagues and personal challenges about things which really are no longer relevant but which, for some reason, we have clung on to, even though they no longer serve us. What are your self-limiting thoughts and fears? Try making a list so that you can call upon Gabriel to work with the waning moon to let them go gradually and naturally. Then change any of these into positive affirmations to say daily as the new moon builds into its full glory. so using the above examples you might change them into ‘I am good enough’ or “I can do anything I set my mind to… These days leading up to our magnificent Super-Moon on the 31st January are perfect for building up your spiritual practice, self belief and intuitive powers. Create your own ritual at this time will make some Super-moon magic!

(Watch out for my upcoming webinar all about Gabriel, God’s great messenger, and Guardian of the Moon.)