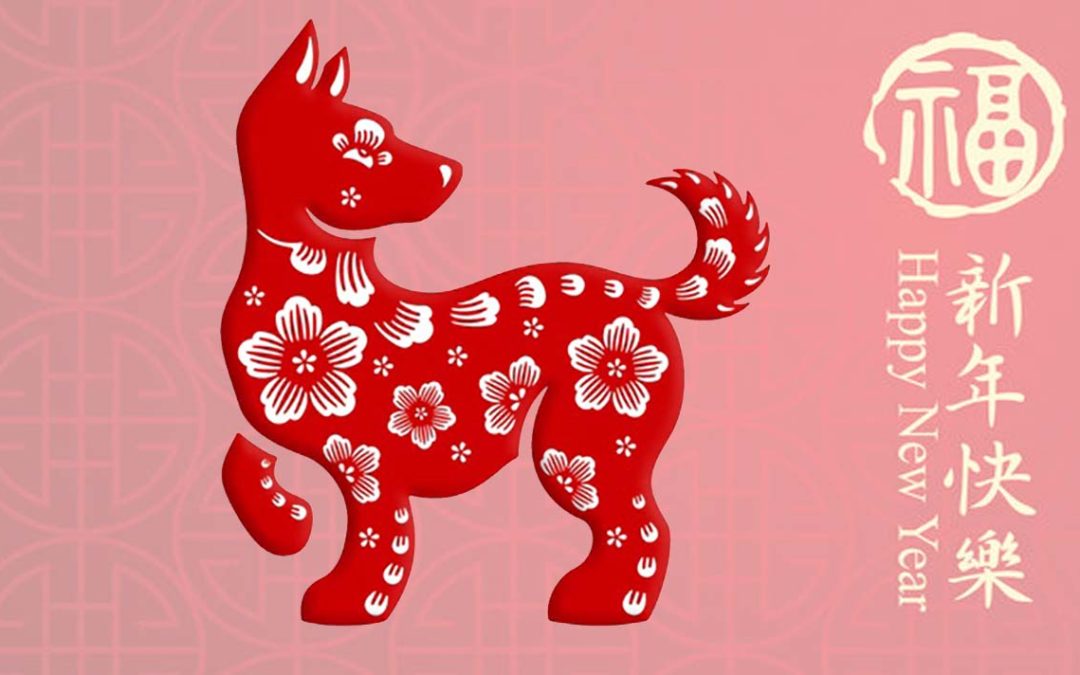 Living in London for thirty years I was often delighted by the Chinese New Year celebrations. As my children grew older we’d take them along to Chinatown to watch the processions of dragons weaving through the lantern clad streets. It was exciting and colourful, and a great cultural treat. Now they, my grown up children, have fun doing the same with theirs. Generation by generation we enjoy ritual and celebration all over the world, and the excitement remains. Though occasionally I ponder if we have lost something by being so ‘civilised’ and wonder if perhaps our kids are so sophisticated that they don’t quite have the same reverence or feel pleasure in taking part in these festivities – whilst at other times I’m hugely grateful for all the technology at our finger tips that enables us to share these wonderful cultural moments on screen at the touch of a button.

The Chinese Zodiac is made up of eleven animals from the natural world and one mythological dragon. Each, combined with the elements of metal, wood, water, earth and fire, has its very own influence and characteristics. So, here we are now in the year of the ‘Dog’ .and I wonder what that means for us all? I’m told that unlike Western Astrology in China it really only affects those born under the influence of that particular Chinese Zodiac sign, and that 2018 isn’t particularly lucky for the ‘Dog’ (oh dear). Of course the practice and celebration are ancient. But surely now that we are beginning to understand how energy flows from ideas held by so many, the energy attached to each of the twelve Zodiac animals must have an overall affect of something?  And so whether or not we were born in the year of the ‘Earth Dog’ (1959) we will experience some of the traits in our own life experiences just because that influential energy flows. Bare with me here – its not as whacky as it may seem!

We love our dogs here in Britain don’t we? In fact we a a nation of animal lovers on the whole, and our science based studies of the emotions and sensitivities are amazing. We have a family dog, called Daisy, and find her traits amusing if not frustrating at times. Being a Boxer / English Bulldog cross  she has the intelligence and excited playfulness of a Boxer, but the stubbornness (and disobedience) of a Bulldog!  Our Daisy will certainly perform tricks and follows the grandchildren round the house for hours although I/m never sure whether she is being protective, or simply hoping for a tasty treat  – but ask her to do something she doesn’t want to and she’ll just stand and look at you. Over the years I’ve been astounded at how she guards the children, laughs when she plays and cries when she is sad or we are about to leave her behind. She cuddles her teddy when we go out, and absolutely loves meeting and greeting new friends (ours!). Just like a human child. 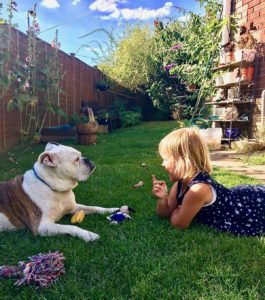 Now here’s where I’m going with this ramble. Sometimes when I’m sitting on the train or among a crowd of people I find it remarkable how like some animals some of us are. Have you ever done that too? All of us have traits which without too much of a stretch of imagination could be described as very similar to animals. In fact in the shamanic (animistic) tradition it is believed we all have power animals. Some of you may be familiar with, or know, your own. These are powerful spirit guides in animal form who can be called upon to bring us strength and guidance, and accompany us most of the time. Its an ancient concept but If any of you have read the Philip Pullman trilogy His Dark Materials in which the characters all have their own Daemon you’ll now what I mean.

Pullman’s Dæmons are the external physical manifestation of a person’s ‘inner-self’ that takes the form of an animal. They have human intelligence, are capable of human speech—regardless of the form they take. However, in ancient Greek the belief is that a Daemon is a divinity or supernatural being of a nature between gods and humans. (Hm, rather like a guardian angel then?)

We can see from some of the videos whizzing round on Facebook, and Youtube that communication is increasing rapidly between humans and the animal worlds, and vice versa. We are recording sounds and communications between trees in England and watching flowers ‘singing’ in Italy. We see how Nature is responding to the evolution of our planet – both in growth and destruction. And all I can think of is how amazingly mind-boggling and awesome it all is.

I’ve always held a fascination for the various cultural and religious belief systems, worldwide, and how it all  plays out and interweaves across humanity.  Especially so now as we become influenced by globalisation and the web. For me there is a universal energy that not everyone (but more and more of us) really ‘gets’ – and that is that regardless of whether we are from one side of the world or another, regardless of colour, race, gender or creed – whether we are sentient beings of the animal, vegetable or human kind we are seeing examples of how truly magnificent and intelligent our creation is, and how truly profound our levels of communication are.

There is one vibratory field that connects all things, all levels of life and nature. In today’s society so much of humanity has forgotten this ancient wisdom. It is the common root and mystery of all world religions, and understanding this is the link between our inner and outer worlds. We really are one vast consciousness, we really are ALL ONE.