Water, we cannot live without it. 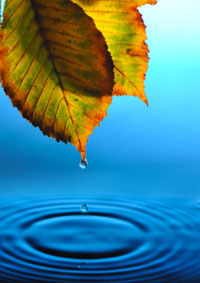 As I sit by the window under a grey sky with rain pouring to write my blog this week I’m having a little chuckle to myself. It’s Thursday and I’m thinking of the traditional communion with the Angel of Water. I was going to write about my narrow boat trip but couldn’t do that without mentioning that we were ‘plagued’ by showers. We sometimes get so annoyed or disappointed when it rains don’t we? We get cross when our favourite sport is often ‘rained-off’ and we dread so called ‘bad weather’ on our holidays and days off. It’s as if the only good weather is a warm sunny day and yet the rain is absolutely essential to life. Some of the phrases we use to describe heavy rain are interesting aren’t they? We say that its ‘teaming down’ or ‘pouring down’ as if someone is standing on the clouds with jugs of water to spitefully tip onto us. Why would we say the term ‘raining cats and dogs’ I wonder, that one doesn’t make any sense. Then there’s my granny’s favourite when she got an unexpected soaking: ‘The heaven’s opened’. The weather in all its glory has been a conversation topic that’s inspired many a joke around the world for centuries, yet it has played a vital role in rural life since history began. Now that I’ve lived out in the country for almost a decade and seen the rise and fall of the crops I can understand why. But it isn’t just the sunshine farmers look for to bring on healthy crops, it’s this all so important rain. The powerful element that nourishes, restores, bathes, soothes and heals all sentient beings, and everything we eat.The element that makes up over 70% of our human body and carries our memories and emotions within its cells. Water is sacred, and yet, do we give it the gratitude and regard it deserves?.

Many of you will have read about Dr Masui Emoto, the Japanese researcher and healer who’s photographic discovery proved that water cells react to sounds including all different types of music, and human thoughts and words (whether spoken or written) and the power of love. At one of the Essene Summer Gatherings, which I have co-organised for many years, we decided to conduct our own experiment with the vibrations of love and water. One of our members is a dowser. Not only can dowsing rods find water, but dowsing can also show us the expansion of the human aura. I was amazed, years ago, when I first saw just how powerful human thought and the energy of words had on us all as a group; but when we saw the effect of the same thoughts and words on a jug of water I was astounded. We filled a clear glass jug with water, thanked and blessed it then placed it on the table on top of one of Dr Emoto’s beautiful photographic images of a crystal of water representing “Love”. We left it there in the centre of our group meeting room during the morning meditation and healing workshop. We then took it into the room where we were holding our Essene Silent Meal. This begins with calling in the angels and a candle lighting ceremony which is very moving and sacred to the group. Afterwards we all went outside and stood in a circle, passed the jug around and gave a few mouthfuls to everyone, first asking them to focus on gratitude and love for the water as they drank and nourished their body.
Our dowsing colleague then measure the aura surrounding the group. She stepped back, and back, and back, as the rods remained wide and still. The distance between the group and the measuring rods was about thirty yards before her rods turned to show the edge of our group aura. she then tried to measure the energy surrounding the jug, but in fact it filled the room and we couldn’t find an end or boundary to it as it seemed to be filling the whole building with its energy.

Water carries our emotions, we now know it also carries memory and we hold that memory in all our cells. Now consider, the same water doesn’t leave the planet. It goes around and around our rivers like a gigantic circulatory system nourishing the Earth. Then it fills the oceans, eventually evaporating into the clouds and completing the circle by showering us with its rain. The same rain has been there since the beginning of the Earth, and as it falls and runs into the streams and rivers, it passes through each of us, throughout the whole of nature and back again, all of the world. Nurturing, bathing, quenching, soothing, cleansing, clearing, purifying, calming, powerful water. Carrying memories from the beginning of time. What an amazing thought.

Let’s remember to be grateful for every drop. It’s the element of water, it’s mystery and it’s memory that perhaps helps us to understand that we truly are all one.

Someone once told me that the raindrops were the tears of angels. As a child I automatically expected that meant tears of sadness. But if we fill the water with our love and gratitude then could not these raindrops be the angels’ tears of sheer joy?