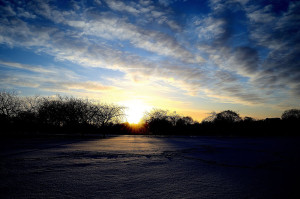 The Winter Solstice on the 21st/22nd marks the shortest day and the longest night of the year. We all know this, and some will be celebrating,  but the majority of people will be spending it shopping and working. I would like to encourage you to take a few moments to reflect on the profound spiritual aspects of it too. The Winter Solstice has formed a central part of spiritual beliefs throughout the world since the beginning of history. From the birth of Horus in ancient Egypt, Yule in Europe, the birth of Mithra in Persia, at significant ancient neolithic sites such as Newgrange in Ireland, in Chichen Itza at the pyramid of the feathered serpent in Mexico, and the birth of Jesus Christ at Christmas the Winter Solstice has been synonymous with profound belief and spiritual ritual.  All these sites and celebrations share common symbols even though some have been separated by vast distances and time.  This gives us a clue that this time has a deeper spiritual significance that is more universal than most could ever imagine, not just noticing that the longest day brought back the sunshine. It would seem that many ancient cultures had a similar spiritual meaning for Winter Solstice, suggesting humanity always cared about the rebirth of light. In many cases associating it with the re-birth of the Sun, representing the birth of the god or goddess.

Every spiritual teaching throughout the world has some word and practice for attaining enlightenment. Although many faiths associate this with the birth of a divine leader, who came to teach humanity a way of reaching that state of self awareness, many others who hold a broader more holistic form of spirituality may be working towards a more personal practice to reach enlightenment. All of these practices, whether personal or within community helps to raise the vibration of humanity as a whole, and in turn our home, the Earth.

In our modern western world where the majority celebrate Christmas festivities regardless of faith we may be practicing spiritual rituals to celebrate bringing in the light without even realising what we are doing. There are  thousands of lights decorating trees,  houses and gardens are sparkling and twinkling, and lots of us burn more candles in our homes at this time of year – don’t we? How interesting that with or without spiritual purpose the act of ‘lighting up’ works to perfection.

There are so many wonderful aspects to the run up to Christmas that I refuse to ever be swayed by any of the ‘Bah-Humbugs’. I love writing, sending and opening Christmas cards. I enjoy thinking of the people I’m sending them to and receiving them from. I get fun from wrapping presents and piling them under my tree. The tree lights give me an enormous mystical sense of serenity, and a good singalong at the Christmas Carols lifts my spirits.

One of the greatest joys of being a grandparent is to be invited along to various children’s school performances. What a joy it was to watch 5 year olds singing their little hearts out all dressed as angels, wise men, shepherds, donkeys and sheep, and then eager 8-10 years olds acting out their version of “Scrooge”. I had a permanent grin for an hour at the village school children’s Christmas carol concert too, with the aroma of mulled wine and mince pies wafting through the candle lit church packed full of proud parents with beaming faces. The children may not be all mine, but it warms my heart to watch them just the same. Some of these youngsters have angelic voices and some don’t, some read beautifully and others can’t and the shy ones don’t love to perform but they all take part, give their all and do their best anyway.

As I watched the little ones shuffling, wringing their hands, fiddling with their tinsel head-dresses, re-adjusted their wings, forgetting the odd word, or waving to mummy, I realised that the imperfections of children doing their best makes us smile just as well as the polished performance. We find it so cute. Don’t we?

As I was leaving the church I reflected on how much kinder it would be to view the faults of adults with a smile instead of harsh criticism. To encourage with a smile and a warm heart when things are not done exactly as we want them would surely be one way we can add love and shine a little more light. After all,we are all the children who were once giving our all and doing our best, aren’t we?

Have a wonderfully bright Winter Solstice, let’s all fill the world with light, kindness and laughter, remembering the Solstice and getting in form for the true Christmas spirit.