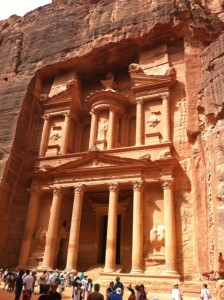 My glorious pilgrimage trip to the Holy Land has come to an end today. My mind is filled with vivid images taken from all the numerous sites we have visited and my heart has been imprinted with the many emotions experienced there.

What are the highlights and which sites will leave an indelible memory for me? Woah, how can I list them all?!

Floating in meditation in a boat on the Lake of Galilee was beautiful.The mud bathing in the Dead Sea such great fun and had many of us in fits of laughter (as long as it didn’t get in your eyes!). The solution of crystalline salts is visible in the water, and creates a density which allows us to float on the surface making it a living, re-energising experience. Brian covered his eyes with his hands and described his experience as amazing – like being in a floatation tank.

The so called ‘Dead’ Sea is actually one of the most important areas of crystalline solution in the world and acts as gigantic battery. I felt re-generated and fantastic.

As a group of Light workers, each of us has been fulfilling our reason for being here, on many levels. It has been enlightening and interesting to learn the many different pathways that brought us all together, and to listen to shared stories of great healing techniques and magical synchronicities happening every day on an individual and group basis. One or two people brought their own personal healing needs whilst others were there to serve the planet and bring their energies to the places in the Holy Land where torment and unrest still exists. 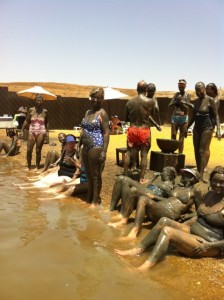 As I write this, everyone from the group of Earth Keeper Pilgrims is completing their goodbyes. There are a few tears as well. Not just of sadness but of joy and recognition. Some of the connections people have made have gone beyond their common interest in the Essenes and the Holy Land. There has been a heart to heart recognition of ‘soul group’, as if one has known some of these lovely people forever!

I’ve noticed that sharing hugs and exchanging email details has become part of the normal process of spiritual groups. You can say the same for any conference or gathering but in the work situation the contacts are generally shared for networking and because the person may be useful to know.

But when there is so much sharing of ‘heart energy’ and recognition of the light within, a gathering of soul groups, it is much more difficult to part. Friendships made during a spiritual retreat of any kind are deep, and often lasting. The sense of ‘family’ is strong. Not least because many of us have spent years – or even a lifetime – feeling like an ‘outsider’, misunderstood, and different. I have the honour and privilege of belonging to several groups, and, as you know, my passion and my work is to bring groups together. Whether at the Essene Summer Gathering, during an Angels Abroad retreat in Crete, or at a workshop, my personal reward is a sense of satisfaction in seeing like-minded people become connected and walk forward together in lasting friendship – and it is priceless. 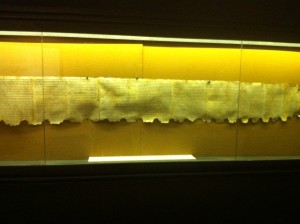 There are more pictures here and on my Facebook page: the muddy day at the Dead Sea, Al Khazneh (‘The Treasury’) which is one of the most elaborate temples in the ancient Jordanian city of Petra (now recognised as one of the new wonders of the world), Qumran where the Dead Sea scrolls were discovered, and the amazing appearance on the mouldy wall of the Church of the Nativity in Bethlehem (see if you notice anything from the photo – there was nothing visible on the wall). When I left home I asked the angels to show me the main reason for taking the trip. The word they gave me was ‘Transformation’. So, as the tour ends, my task now is to collate all my wonderful and amazing experiences and see how I can take that transformation further along my life-journey, my pilgrimage with the angels!