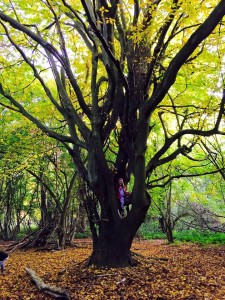 Aren’t the trees beautiful as all their leaves change colour? I love every time of the year, every season, but Autumn certainly adds a golden crown. My son remarked that in the city the trees still change colour, but it is when you drive down the lanes filled with trees in the countryside, and play in the woods among the falling leaves that Mother Nature’s beauty really speaks to the heart and soul. The yellow/gold of the lanes reminds me of the attributes of the second ray and the Archangel Jophiel. His message is one of tremendous light, of loving wisdom and co-creation. 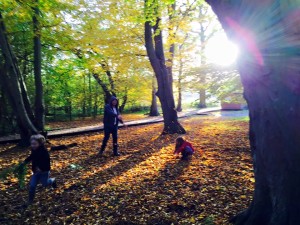 When I was teaching my Educating Heart and Soul course in Chelmsford a few years ago one of my students, Dan, an NLP practitioner, found that he had a very special connection with Archangel Jophiel and to his surprise brought a beautiful message to me.
Sometimes the angels bring deeply personal messages that we are unable to share, so they remain a secret, held within our heart forever. At other times they bring a message of love for us to pass on to others. Even when the message is for someone else, the angels’ presence fills us with an indescribable sensation of personal bliss. This phenomenon is expressed by Dan, in the following:

I felt very connected to the energies of Archangel Gabriel. So I was meditating and listening to my MP3 player on my way to work: it was the beautiful music accompanying your visualisation with the Archangel Jophiel, for light and creativity. As I finished the visualisation, sitting on the train with plenty of time, I switched off my MP3 player and relaxed with my eyes closed, enjoying the sensations that the meditation had brought to me. Suddenly I became aware of an overwhelming brightness. It not only completely engulfed me and where I was sitting, but seemed to be lighting up the whole carriage. As I opened my eyes there was a vibrant light shining all around me. I wondered if anyone else could see this, too, but judging by the blank expressions in the morning rush hour, there was no evidence of this.

I knew that I was in the presence of angels. There was a bright white light to one side of me and a bright golden light to the other. I believed the light to be coming from the Archangel Jophiel, with whom I had just been communing. I was filled with awe at such beauty and overwhelmed by the love flowing through me; it was amazing and I knew everything was good. But then I realised that the feeling I had was of two angels, and I had an inner knowing that the presence of Gabriel was with me too. I became aware that they were communicating with me and then I heard a message for you, Chrissie, “Let it be, just let it be. All will be well.”

One fascinating aspect of Dan’s message was the timing. I had been feeling particularly frustrated by interrelated issues, which I had been trying to resolve all at once. Even though I had been asking for, and trusting in, angelic assistance, human nature had got in the way. when we allow emotional attachment to block our spiritual connections, the angels may use other, clearer channels to get their message across. “I knew I was given that message for you,” Dan puzzled when he told me. “It definitely wasn’t meant for me, and yet I was completely filled with love. What an amazing side effect of being useful!”