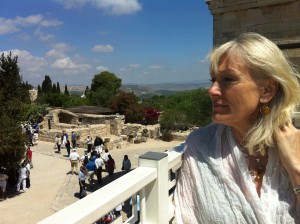 I wonder if you agree with me that one of the most interesting developments of our time is the broader acceptance of ‘channelled’ messages?

Whilst this is so exciting, when from a reliable source, as it can be very enlightening and informative – it also invites some amount of cynicism and ridicule from certain quarters.
What has inspired this line of discussion today? Well, I get lots of books sent to me for review – particularly about the Essenes – and I often pass on the information as many are wonderfully inspiring and well written. You may remember I recently recommended a book called ‘The Secret Order of the Magi’, channelled from one of the three wise men – Caspar, penned by Dianne Pegler. Today I have just received another channelled book in the post: ‘Diana, in the Stillness Everything Happens’ channelled from Diana, by Anne Stewart. (Yes that’s Princess Diana) and it contains some beautiful nuggets of truth and wisdom with the main message being Love. Both have a strong Essene connection to Jesus.

In the seventies my mother began channelling the Ascended Master Hilarion – who incarnated as Paul (of Tarsus) and wrote many books in the New Testament. With his guidance she re-wrote the Letters of Paul. Her book was refused by most publishers then, so like most independent New Age authors she had to self-publish (until recently) but her work was well recognised and used by Universities in the USA as a reference to religious studies of Paul’s work.

In modern times channellers have struggled to be accepted as a reliable source, unit recent times. Think how much criticism there has been of the wonderful work of Edgar Cayce and his channelled information!

Yet way back – and by that I mean thousands of years rather than decades – there were prophets who regularly communicated and received guidance from God and angels. These famous encounters which were  very powerful ‘channelled’ communications between God and Moses, Enoch, Abraham, etc., became accepted as the well known Old Testament Bible stories from the ‘Holy Land’ and developed the Jewish faith which in turn fed the new religion of Christianity. Later in Persia the prophet Zarathustra spoke directly with God and HIs Divine messengers, called Amesha Spentas, (which I like to compare with our Archangels of today) and founded the religion we know as Zoroastrian. Archangel Gabriel not only communicated directly with many of the Biblical characters such as Mary the Mother of Jesus, but also dictated the Qu’ran to Mohammed – which started the religion of Islam. Even the Mormon religion was started by channellings from an angel… and so it goes on throughout history (or ‘Herstory’ as in the case of Teresa of Avila and many of our saints who communed and were guided by angels) right up to modern day.

Now we have a unique situation whereby at the touch of a few buttons on a keyboard – or smart phone – we can glean information from a myriad of websites giving channelled “facts” and opinions relating to any of our religions, faith-streams, world views and cultures. It is all available to us, and can be extremely confusing. I like to tell everyone to ‘hold it lightly’. Imagine all this information is like exotic fruit which you may never have seen before and certainly wouldn’t want to eat all at once. It wouldn’t really do you much good if you did, and would most certainly give you terrible indigestion – of the spiritual kind!

What is really interesting is that whomever – or whatever – we are channelling (unless we are acting as a trance medium) will come through us and be expressed in our OWN language and colour. So, the warning on the packet should be:
‘Unless we are a completely clear and clean vessel the message we carry will be influenced by our own thoughts, emotions, prejudices, and ego’. The Essene communion with the Angel of Life, from the Gospel of the Essenes, advises us that: “if the candle is not pure, how then can it burn a steady flame? ” And, without doubt, I think it also applies to channelling.

I have sometimes found listening and reading all the many channellings extremely challenging over the past years, for this reason. I hold it lightly, ‘check out’ the source and even then use a good deal of discernment – healthy scepticism doesn’t hurt, but believing everything we are told blindly might. And, that includes some of the ‘guidance’ I might receive in my own thoughts too! (More about how I’ve learned to deal with this later in a future blog.) 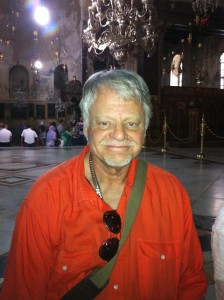 Lets go back to Metatron. The leader of my recent pilgrimage, James Tyberonn, is a wonderful man. Large of stature, a booming voice and with a wide heart to match. He would need to be large as he channels magnificent powerful energy of the Archangel Metatron and because his background is in science the messages are very scientific in their language. Fascinating. Many workings of the Universe are explained through him and because he has the right vocabulary and intellect he is able to express the message expertly and scientifically as it comes through.

But for me the real magic is the connection between the Essenes and Metatron.
You see I was once asked who it was I believed I was ‘working’ with among the angelic beings and I replied ‘all seven’. The reply came back to me that it was the one I didn’t talk about who guided me most. Who did I never talk about when I first started teaching? Metatron. Why? Because his name didn’t sound angelic! 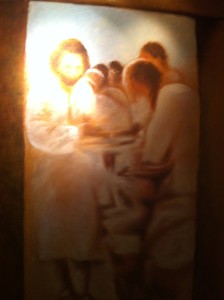 etatron is one of the only two great angels who started as human beings. He was Enoch, the patriarch and founding father of the Essenes. The one who carried the information which some of us now believe came from the Pleaides via Atlantis, and the man so loved by God that He turned him straight into one of his most powerful Archangels. So seventeen years ago I was led to the Essene Summer Gathering. I started communing regularly as a spiritual practice with the angels, trained and began teaching and healing, and currently chair the trustees of the Essene Network as a Celebrant. Now I’ve just fulfilled a dream of my lifetime and returned to the Holy Lands. Magically, this was with a group of like-minded souls and a powerful man who channels Metatron and talks knowingly of Essene crystal healing and sacred geometric portals – all associated with knowledge held in Atlantis, and now coming to light. Hm, some of my favourite topics!
Well, isn’t that a coincidence?

Do write and tell me about the ‘angelic coincidences’ in your life. I’d love to hear about them, and especially like to use them, if I may, to illustrate the chapters of my next book.