Cosmic Coincidences? I think not! 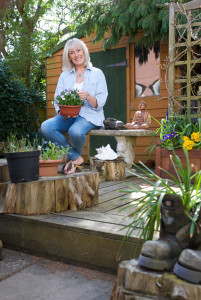 What do you call those remarkable ‘aha’ moments in your life, when you notice that something is clearly special, different, or even mystical? Serendipity, synchronicity, just coincidences perhaps? Is it a just a coincidence that we have three of the most powerful natural phenomena happening right now?

It’s going to be an amazingly powerful weekend. Cosmic forces are making waves today and tomorrow which will have a profound effect, sending some of us spinning even more than we are already into a state of sensory overload. Or, perhaps it might just stop us in our tracks, allowing us to take a deep breath, pause in the shadows, and reflect.

We are right in the middle of three (see that mystical 3 appearing again?) natural phenomena which – whether or not you believe in astrology – will have an affect on every sentient being on our planet. As you know our two greatest and most influential sources of light, our Sun and Moon will appear at the same time gliding together in a wonder-filled celestial Solar Eclipse, weaving their mystical cosmic design through all our lives. This eclipse coincides with all the lunar forces of a New Moon in Pisces, and for those of us in the northern hemisphere we have the beginning of Spring. The Vernal Equinox arrives with all its glorious opportunity of new growth.

The message behind the eclipse at this time – (in the final degree of Pisces right at the end of the zodiac) – is of completion on a grand scale. All major patterns within our selves and humanity in general are coming to a close. We are being given a huge opportunity to synchronise our personal desires and willpower with the powerful Divine forces of the Universe – for the greater good. The endings we face may bring disappointment, a loss, or a sense of liberation and closure, but regardless of how they make you feel are a reminder that we cannot and do not have to ‘struggle alone’.

Here’s what the wise SARAH VARCAS from her Astro-Awakenings.co.uk has to say:

“This eclipse connects us with 1997, bringing to a close cycles begun then. Whatever life asked of us at that point, the cosmos now echoes back to us the answer we gave. As we approached the dawn of the new millennium many were speaking of disaster, others of liberation. Life was taking on a sense of urgency and the energies which have tested our mettle to the max in recent years were tentatively beginning to make themselves felt. An eclipse on 9th March 1997 released into the collective consciousness a vision of completion, of enlightenment. A flame was lit in the human psyche, brighter than before, which called us to draw near and remember our original face, just visible in the dancing shadows. A deeper knowing was awakened in many and the seed for it planted in many more. We were changed from that moment, even if we didn’t know it. Since then our task has been to know it, to live intimately with the divine, with the universe, the god-force. To discover just how deeply we are guided and led by forces whose influence stretches far beyond anything we had previously known. In 1997 we were conceived in truth, at this eclipse we are born of it, stark and undeniable, beautiful and nourishing, truth in all its guises and glory: harsh and gentle, in darkness and in light.”

“The power of this solar eclipse will remove rose-tinted glasses and veils that hide the truth. We cannot stop it nor can we choose to postpone our own awakening. “

It’s true, the past is gone, it really is the end of a definitive cycle. I find it fascinating that I started this work following a calling in 1997 and am at a cross-road myself (what a coincidence?!) But the promise for the future is unavoidable, it is as powerful and it is bright. New horizons, new opportunities beckon as the darkened sun re-ignites the promise of hope. We are being called to align our own small hearts and desires to the Divine energies of God’s Universal plan. WE are reminded to reflect upon our soul’s true purpose, to find our authentic being. We can respond to the Divine calling by taking note of all the signs given to us, and being aware of the timing and synchronicity. Think about all those ‘Coincidences’ in your day to day life.

Let’s all take this magical time to reflect and listen to the inner intuitive ‘nudging’ of the Cosmos, God’s angels and Spring – let’s create a beautiful world and put our love and hope into action.