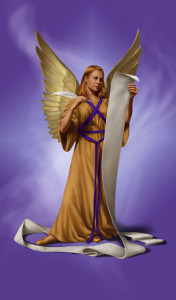 As I started sorting out my packing, and gathered bits and pieces for my workshops for this coming weekend, I’m even more aware of how little planning I do. To other people, particularly those trying to work with me I must be an absolute nightmare. For those who are efficient and plan their day and schedules which are fine timed, and for those who stick to lists (and therefore get everything done) I say a resounding and genuine “Well done you!” Part of me wishes I could be like that too.

My first husband tried so hard to get me to provide certain meals on set days, to create a routine for washing on one day shopping on another – the way his mother had successfully run her house – but I simply couldn’t. It is simply that I find it impossible to follow routine. Even my poor mother, now in her late eighties, will see me on a Friday for a few weeks but then if I’m going away it will be a Wednesday, or perhaps if I have a meeting, then it will be any other day I can fit in! However, the truth is everyone gets their visit, my children never missed a dental appointment, parents evening, drama production rehearsal or sports event. And all my work deadlines are met, on request. Strange isn’t it?

To the organised I’m totally dis-organised. And yet, my muddled chaos has a rhyme, a reason and a rhythm all of its own.

I remember my younger sister laughingly telling me that when she was young their holidays were never as planned. They would pack and load the car, even set off in the right direction for wherever they were supposed to be heading, and then my mystical father would announce that the angels were telling him to go elsewhere. Wherever they ended up they always had fine weather and a great time. It was just rarely where they thought they were going. My father received Divine guidance and followed it obediently.

Now I’d like to have you believe that my chaos is all about Divine guidance – and maybe some of it certainly is – but that might be a tad delusional. Yet somehow, I do seem to be in the right place at the right time (even though it might occasionally appear to be by the skin of my teeth).

By allowing myself to ‘seemingly’ be available I find myself able to help (the angelic realms) in a way that perhaps my friends and family don’t always understand.

When there was a massive earthquake in Haiti I had just, that very night, booked a holiday there, and rather than cancel was able to anchor massive amounts of healing spiritual energy from hundreds (or more) of people tuning in with me to send healing at regular times.

When I was sponsored to go on a pilgrimage to the Holy Land I was able to explain to a group of 92  (added together make an 11 which in Numerology represents Mastery), who believed they had been Essenes in a previous life, the significance of us all being in a boat together on the centre of the Sea of Galilee. For me it was no coincidence that we were there on a Thursday morning (Angel of Water – and Raphael’s day) on  the 1st May which is symbolic of humanity’s joy at the dawn of Spring, with one of the most extra-ordinary planetary alignments. Consequently, together as a wonderful group we could send love and authentic healing energy from one of the most powerful portals on the Earth’s surface.

I’m always struck with awe at the phenomenal beauty of our cosmos, the stars, the elements, nature, and yet science would have us believe that it was all created from ‘chaos’.

By rigidly sticking to the promptings of our rational and reasonable mind we can definitely achieve greatness. But by following our heart and creating (something) from within what often seems to be the prevailing chaos perhaps we are also achieving a greatness which in human terms is unrecognisable, but with Divine Grace is part of a very organised plan.