I have just been asked to write a few words to add to a picture of a Lighthouse for Spirit & Destiny, and it got me thinking about the huge amount of spiritual symbolism around us everywhere.

The Lighthouse sends out a strong, clear beam of light to warn passing ships against hitting rocks in the dark. Our guardian angels work in the same way to keep us safe by sending clear warning signals that connect with our internal radar beaming guidance through light-energy to us. We learn to pay attention to signals such as strong intuitive feelings, sensations in the body, vivid dreams or strange coincidences all to attract our attention. 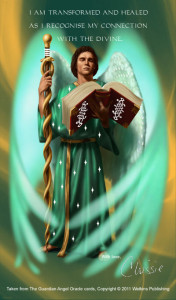 Signs come to us in all shapes and sizes and when they are unusual it prompts us to reflect a little deeper. For example, last night a good friend called to say that a snake had suddenly rushed out from underneath a tree in his garden. This coincided with several other significant ‘symbols’ he had been noticing and he was asking my opinion of the significance of the snake. For me the snake represents two major things in our life. Firstly the opportunity of change. Just like the seasonal shedding of skin of the snakes it grows we can take the opportunity to peel off the outer layers of ego and personality. Many of our ‘outer’ layers are unreal and not authentic but we have picked them up as learned behaviours. As we become more aware we may decide to clear these non-essential false aspects of who we ‘think’ we are, to reveal more of our true spiritual nature. This then leads on to another very significant symbol of the snake as an element of healing often represented by the Caduseus. This is the staff with intertwining snakes, sometimes shown in art as being held by Archangel Raphael, and used as a symbol in medicine.

In my workshops I sometimes say that when we agree to work with the angels and learn to tune in to our intuitive guidance it is like putting on a ‘miner’s hat’. Once switched on and connected the light shines clearly ahead from our brow, and as long as we follow that light we will be on the right path.

If we don’t follow our intuitive guidance we may find ourselves floundering in dangerous waters. We really must learn to trust … after all we would never ignore a Lighthouse!

If you are interested in symbols, especially those received during meditation, you might like to look at my A-Z guide called Gifts From Your Angels which includes a guided meditation CD – http://www.angellight.co.uk/products/angelbooks.html